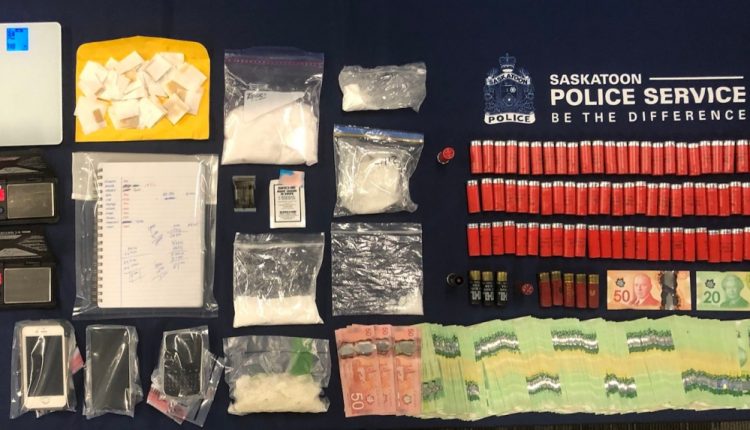 Saskatoon police seize over 600 grams of meth and cocaine

A 27-year-old man was charged with drug trafficking and weapons charges after a high risk traffic stop on the 200 block of Fairmont Drive on Oct. 6.

Saskatoon police’s tactical support unit was on the scene of the traffic stop just before 9:00 pm After discovering cocaine, methamphetamine and cash in the vehicle, police were able to search a residence on the 1900 block of 22nd Street West.

At the residence investigators seized ammunition, more meth and cocaine, and paraphernalia consistent with drug trafficking.

Between the vehicle and the residence Saskatoon police seized 461.7 grams of meth, 31.1 grams of powdered cocaine, 174.1 grams of a meth and cocaine mixture, $7,690 cash, shotgun ammunition, scales, cell phones and 40 packages of cannabis extracts.