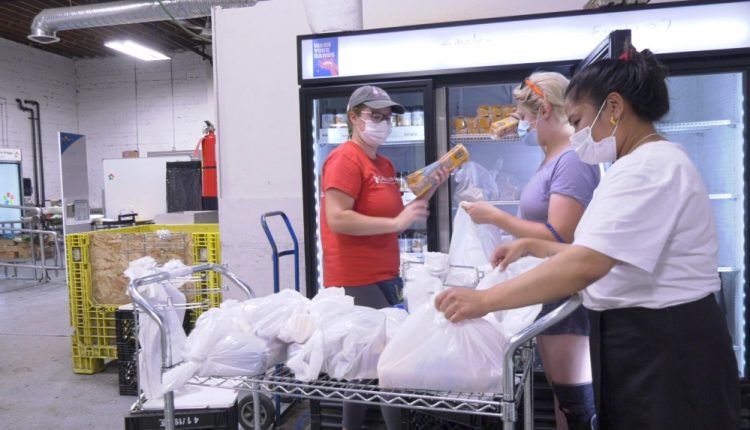 Shoppers can expect to keep spending more on groceries as the cost of food continues to rise.

Stuart Smyth, an associate professor and research chair of the Agri-Food Innovation at the University of Saskatchewan, said prices won’t decrease any time soon for a variety of items.

“There’s really no aisle in a grocery store where we haven’t seen food price increases, you know, if not double digits very close to it,” Smyth said.

“I think this is something we, as Canadians, are going to have to prepare for higher food costs.”

Between rising fuel costs and the ongoing war in Ukraine, Smyth said cost increases will continue much as they have throughout 2022.

“If things come to a resolution between Russia and Ukraine, we may see fuel prices back off considerably. But until that happens, I think higher food prices are an unfortunate part of our reality,” Smyth said.

These price increases aren’t just affecting the family grocery shopping bill. Deborah Hamp, the director of operations and engagement at the Saskatoon Food Bank and Learning Centre, said donations are lacking while poverty is increasing.

“The demand that we’re seeing is rising steadily. We’re back up to pre-pandemic numbers. We’re serving over 20,000 people a month and of those people, almost half are children,” she said.

Rising costs have contributed to a roughly $12,000 monthly increase in weekly food order purchases. Knowing that some items will get more expensive on Sept. 1, Hamp and the rest of the staff at the food bank are focused on keeping normal operations until then.

“We are very concerned about the outlook for the fall,” she said. Certainly, (we are) doing everything that we can to get through the summer months.”

According to Statistics Canada, the average price of milk in April cost $6.04 for a four-liter container of milk, an increase of 54 cents since April 2021. The average price of a kilogram of beef costs $1.63 more in the same time frame and apples have risen 70 cents year-over-year.

Overall, the price of food purchased at stores rose 9.7 per cent in May compared to a year ago, according to Statistics Canada.

Earlier this week, The US Bureau of Labor Statistics said the inflation rate for food consumed at home hit 10.4 per cent in June. Upcoming figures are expected to mirror that percentage increase when Statistics Canada is releasing its consumer price index next week.

“Future food increases in food prices are something that we have to expect over the coming months,” Smyth said.