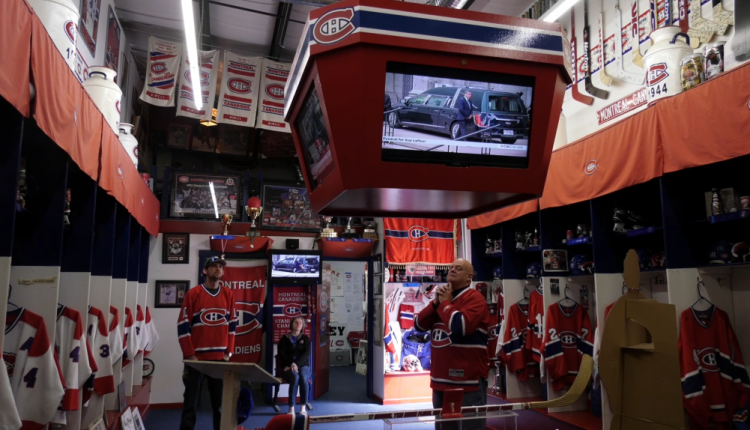 The Western Canada Montreal Canadiens Fan Club held a tribute to Guy Lafleur in the club’s dressing room at the Harold Latrace Arena on Tuesday.

The club put up pictures of Lafleur and created a shrine to honor the Montreal Canadiens great. Lafelur died on April 22, his funeral was held in Montreal on Tuesday.

Taman met Lafleur in 1987 with his son Jeremy. For an NHL franchise that has won 24 Stanley Cups, there are few Taman will remember like Lafleur.

“Lafleur is one of three on a pedestal,” said Taman. “Mr Beliveau, Mr Richard and and Mr Lafleur. They are the icons, they are the Montreal Canadiens.”

His fondest memory of Lafleur comes when he was 25, watching his beloved Habs play at the Montreal Forum in the 1979 playoffs.

That was Game 7 of the playoff semifinals, the team would later beat the New York Rangers in the Finals.

The club had members sign a condolences book which will be given to the Lafleur family.

“He was bigger than hockey. He was he was larger than life. And you know what? He was a generous human being,” the club’s executive director Matthew Ward said.

“He could just do so much on the ice. He just went about and did his job. He didn’t complain,” said Canadiens fan Don Junor.

In addition to sending a book of condolences, the club was also collecting funds which will be donated to the Inner City Hockey League.