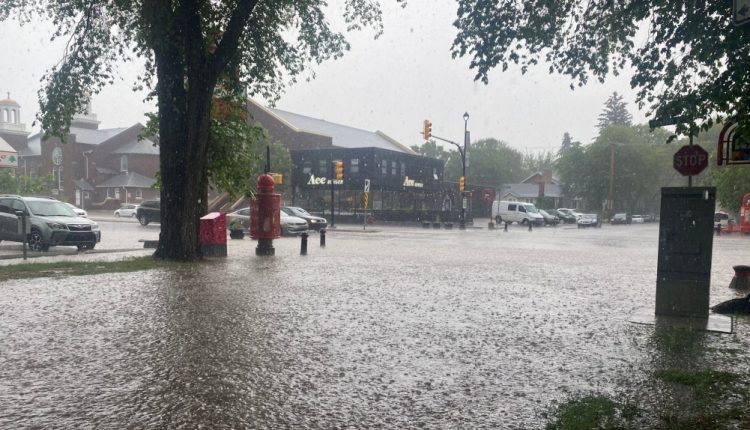 Saskatoon flooding: Streets overflow with water because of rainfall

As rain pummeled Saskatoon Monday afternoon, some streets in the city were overflowing with water.

Saskatoon Police Service (SPS) said flooding had been reported at areas including Lorne Avenue and Exhibition Road, northbound lanes on Circle Drive near the Taylor Street overpass, the overpass at Circle Drive and Idylwyld and locations near Louise Street and Preston Drive.

SPS asked drivers to be careful during their commute.

Just before 3:30 pm, the flooding on Circle Drive appeared to have subsided. Flooding in the Broadway Avenue area on June 20, 2022. (Miram Valdes-Carletti/CTV News)

In a news release sent a little after 3 pm, the city said Saskatoon’s east side had seen “the heaviest rain accumulations so far.”

“Fire and water/sewer crews are responding to several calls related to flooding,” the news release said. 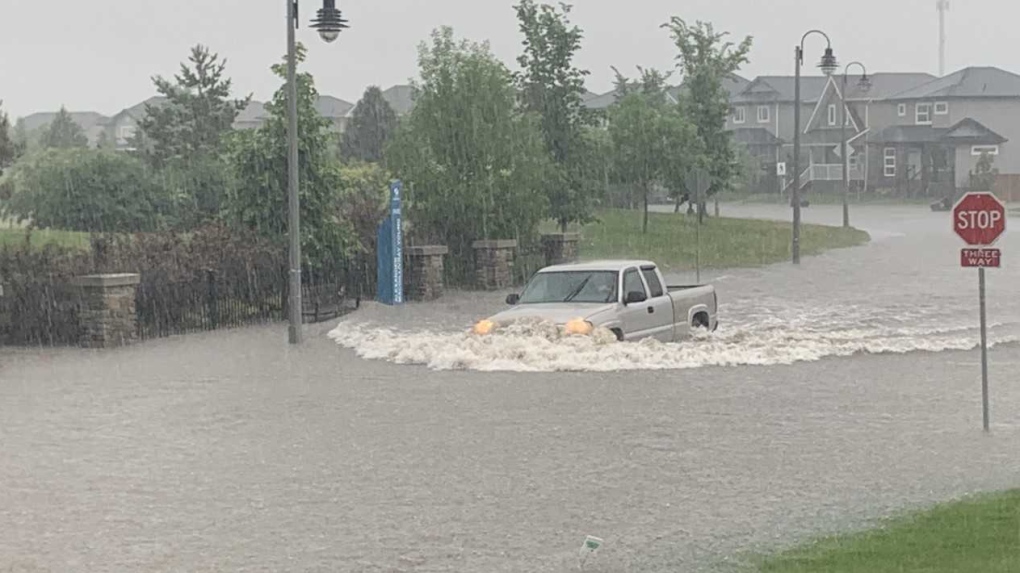 Flooding at the intersection of corner of Stonebridge Common and Galloway Road on June 20, 2022. (Courtesy Bill Oleniuk)

Drivers were asked to avoid Circle Drive between College Drive and Taylor Street and between Preston Avenue South and McEown Avenue on Louise Street.

The city asks residents to report emergencies such as stranded vehicles, missing manholes and street or underpass flooding to the 24 Hour Customer Service Center at 306-975-2476.

A power outage in the Mayfair community was affecting 1,300 customers as of mid-afternoon. However, power was restored by 4 pm

Barricades were put in place to prevent drivers from heading into the trouble spots, the city said.

Chief Whitecap School was forced to end its school day early due to a “water infiltration issue,” according to a letter to caregivers from St. Kateri Tekakwitha Catholic School — which shares the same building. 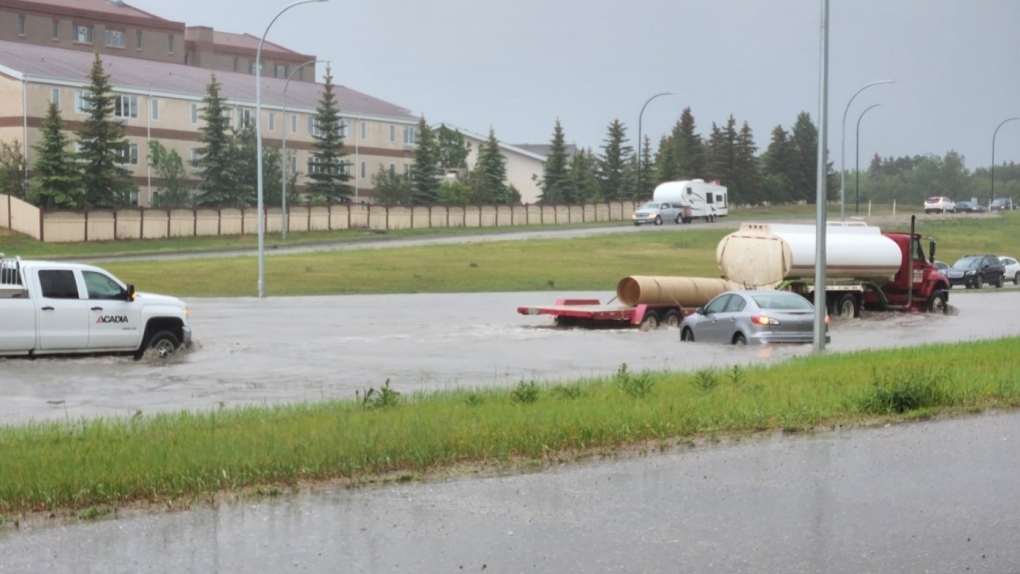 However, St. Kateri school said they had not seen any flood damage and opted to continue classes.

“It has been very little and does not pose any danger to students or staff. We do not forsee this issue getting to the point of having to close the school,” the letter said.

According to Saskatoon Public Schools, classes were canceled at Chief Whitecap School due to flooding. Families were asked to pick up their children early if possible. No other schools in the division were shut down early due to flooding.

Amery Martin left his job and arrived at Chief Whitecap School to pick up his kids around 2:20 pm and couldn’t believe what he was seeing as nearly knee-high water forced the intersection of Stonebridge Common and Gordon Road to a standstill with people leaving their cars in the deep water.

“This is insane, like I actually had to stop working to come and get my kids. This is just a big surprise. Not a good surprise, but hopefully not too many people are suffering due to this. This is just insane.”

Martin said there were puddles in the school and parts of the library were flooded as well.

Staples on Eighth Street was closed due to flooding according to signs on its door. 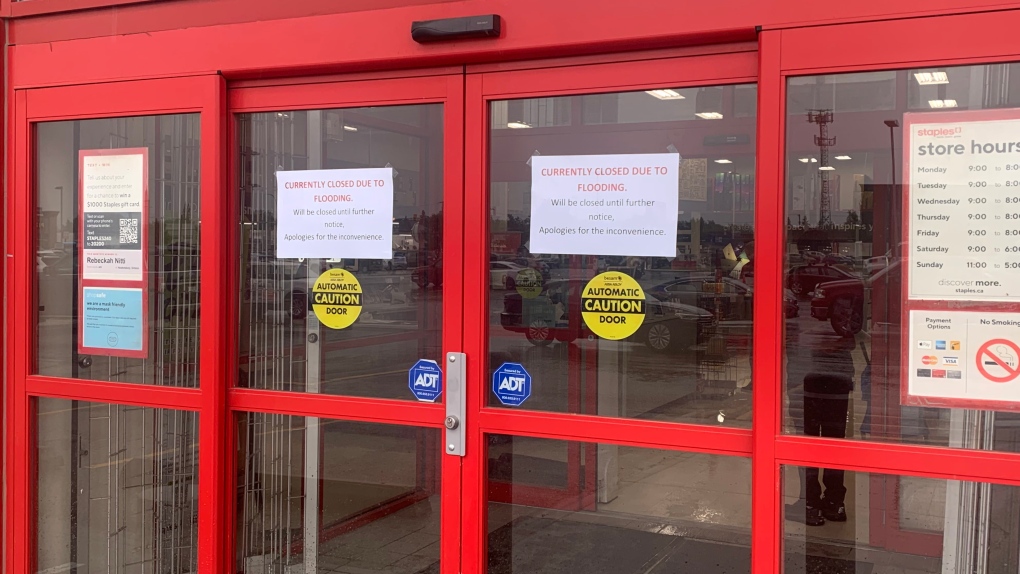 A Saskatoon staples location was closed due to flooding on June 20, 2022. (Dan Shingoose/CTV News)