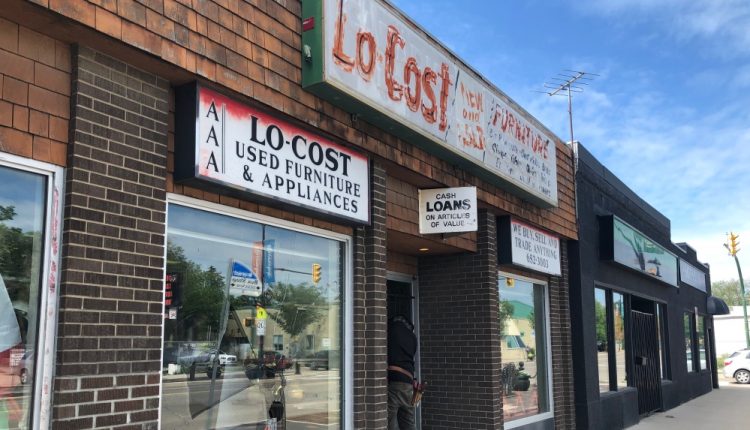 An 87-year-old man was confined and assaulted inside a Riversdale business overnight, according to Saskatoon police.

Around 3 am, police were called to a business located in the 500 block of 20th Street West, Saskatoon Police Service (SPS) said in a news release.

The man was inside the business at 11 pm when at least two males broke into the building, according to police.

CTV News spoke with the son of the 87-year-old man who confirmed him to be Jim Basin, the owner of Lo-Cost Buy and Sell Used Furniture.

Basin was confined and beaten before the suspects fled the scene, SPS said.

He was taken to hospital with what appeared to be non-life-threatening injuries, police said.

His son, who did not want to be named, said Basin had a head injury and was being released from hospital Wednesday. afternoon.

He told CTV News this is the second time in the last couple of weeks that the store has been broken into.

This time the two men entered the store from the back and attempted to steal the safe, which he says had nothing of value in it.

Mary Kohanski owns Great Western Furniture which is located nearby. She has operated her business in the neighborhood for 63 years.

“Jim Basin has been on the street as long as us, and a wonderful man, he helps everybody,” she said.

“I just heard now that he has been hurt by someone. How unfair.”

Kohanski is one of several business owners CTV News spoke with in the area who said incidents have been increasing in the neighborhood over the last six to 12 months.

“I was assaulted on the street and other people, other business owners have been assaulted,” she said.

Kohanski said other business owners have decided to leave the area because of the disturbances and despite having to pay as much as $8,000 to fix the front windows on her store, she’ll be staying put.

An SPS spokesperson was unable to provide data specific to the area, but said calls for service across the Central Division — which includes the city’s downtown and the Riversdale neighborhood — have increased.

The number of calls between January and May have jumped by nearly 4,000 compared to the same time in 2021.

SPS is asking anyone with information concerning the incident to contact police or Crime Stoppers.

‘Attain out to your neighbours’: Saskatoon EMO warns about sizzling climate – Saskatoon