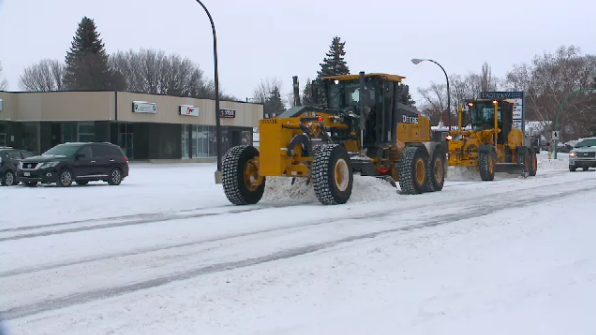 Saskatoon city workers will start clearing snow from graded residential streets on Wednesday, according to a news release.

The city-wide grading of residential streets began after 34 centimeters of snow fell between Dec. 25 and 28.

Residents will see signs posted along their streets before workers come in to remove the snow piles, the city says.

The city says the first neighborhoods workers are attending to are those with narrow streets and high-density on-street parking.

The work is estimated to take six to eight weeks to complete, the city says.

For more information see the City of Saskatoon website.

Occasions in and round Saskatoon celebrating the Christmas season

Some photograph highlights from January 2023 in Saskatoon