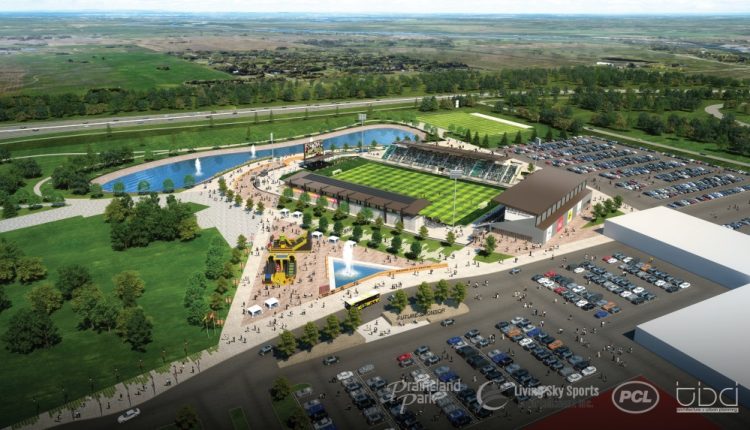 The proponents of a soccer stadium at Prarieland Park in Saskatoon are scheduled to meet with the city’s planning committee on Monday.

Prairieland announced a partnership last year with Saskatchewan-based company Living Sky Sports and Entertainment to replace the Marquis Downs track with a 5,000 to 6,000-seat stadium.

Last week, Prairieland and Living Sky revealed renderings of the stadium. They also said a Canadian Premier League soccer team is lined up as an anchor tenant and the stadium will double as an outdoor concert venue.

Five representatives from the groups, including Prarieland Board Chair Steve Chisholm and CEO Mark Regier and Living Sky founder Alan Simpson, have asked to speak to the committee, according to the meeting agenda.

In addition to the renderings, the groups have released a video showing the $28 million project in more detail.

Besides the main soccer field and stands, the video shows a second soccer field, a water feature and a tree-lined walking path.

Marquis Downs, however not out as horse racing returns to Saskatoon