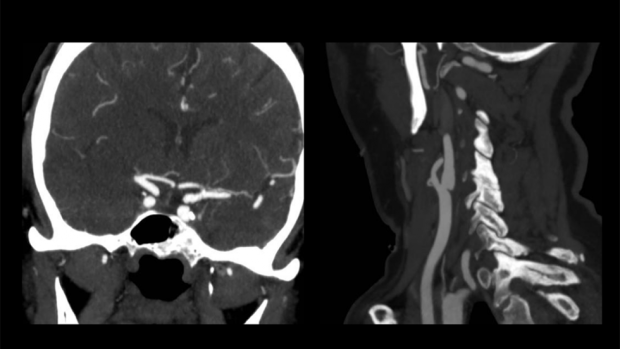 When a stroke occurs, medical teams are in a race against time to find the blood clot and break it down before further damage occurs to the brain.

A medical research team of two dozen people from Saskatoon took part in an international study showing how to break up the clot.

Until recently, the most common method of treating a stroke has been to give the patient anticoagulant drugs. But if the clot was too big, the drug might not work. Or, when a certain amount of time has passed, it would be too late to use the drug without causing other problems.

The study now proves that doctors and technicians can insert instruments through the artery in the groin and access the brain using a method called endovascular surgery. Doctors can then find the clot to either dissolve or mechanically remove it.

On some occasions in the study, endovascular Surgery was used in combination with clot-dissolving drugs.

Researchers from the University of Calgary’s Hotchkiss Brain Institute led the study, which enrolled 316 patients from locations across North America, Europe, the UK and Asia, including a small number of patients in Saskatoon.

It started two years ago but stopped in the fall when the treatment showed clear results.

Ruth Whelan, the coordinator of endovascular research in the cerebral vasculature at the University of Saskatchewan, also serves as clinical nurse for stroke services at the Royal University Hospital and was involved in the Saskatoon portion of the study.

While There are still risks in endovascular Treatment and patients have to meet several criteria, Whelan said it has been roughly 20 years since we made a leap in stroke treatment of this magnitude.

CBC’s Leisha Grebinski will speak to Whelan on Saskatoon Morning Monday morning at 8:20 am CST about the study and stroke treatment.

‘In the event you may help it’s best to’: Arborist elevating donations for Saskatoon Meals Financial institution