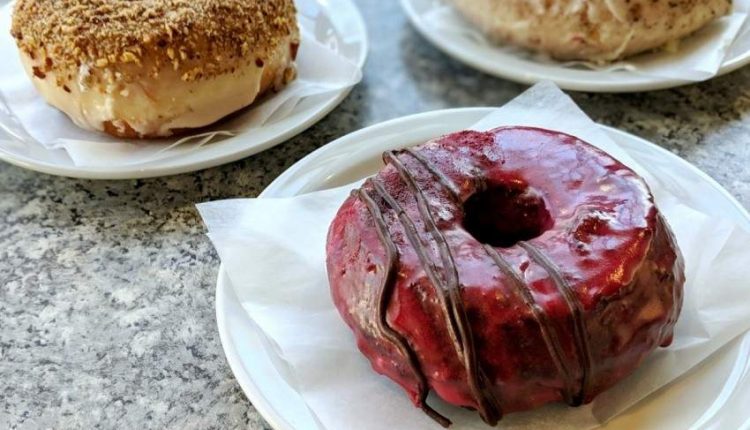 After almost two decades on the radio, Fiona Odlum has done it all. From helicopter coverage to working on Sesame Street to anchoring shows broadcast nationwide, Odlum’s extensive experience has given her a platform to learn about Canadian culture in depth. This has never been more apparent when we sat down with the Global News host to talk about the prairie food scene.

Born and raised in Manitoban, Fiona is a prairie girl through and through. She developed an acute kinship with the Canadian prairies while representing the University of Manitoba as a student athlete, and you can tell by the ease with which she navigates a wide range of food topics that her culinary repertoire is extensive.

A strong woman in a historically male-dominated industry, Odlum has led a principled life, but one rule she lives by speaks to us the loudest: if she picks a cookbook, magazine, or something on Pinterest, she gives it one of her own Week to make the recipe. Some were winners, some were losers, but one way or another she’s always in the kitchen doing magic.

After moving from Winnipeg to Toronto and back to Saskatoon in 2016 – just in time to see a key player at the heart of the prairie culinary boom – Odlum and her husband Derek are getting back to their roots and loving every minute of it.

On the topic of restaurants, here are her thoughts on eating in the prairies and some of her favorite places to eat and drink in Saskatoon.

How have you seen the Saskatoon food scene since living in the city?

It was amazing to see two areas bloom in the past two and a half years. On the one hand, there has been a slow movement of non-chain restaurants popping up and thriving all over the city. One of my favorite places – and yes, even in the winter months – is Fable Ice Cream. They make beautiful, handcrafted ice cream in small quantities. And then there’s the donut scene, Saskatoon has been slowly joining the over-the-top-full-meal donut phenomenon, and that’s because there are several long-standing bakeries in town that have Classics kill, but there are several new bakeries not only making show-stop donuts (Darkside Donuts) but showcasing prairie ingredients that scratch my prairie-loving itch. The only ointment is more donuts.

The second area that is experiencing a big, beautiful boom is the addition of real traditional dim sum to Saskatoon. Yip Hong’s Dim Sum Restaurant has quickly become a rising gem in the Saskatoon dining scene and every time I go – that’s every single month – I go: a) hungry and b) with patience because there is always one Lineup there.

What do you think is one of the most underrated things about life on the prairies in general?

The human; plain and simple! But let me be very clear, there is nothing plain or simple about prairie people. They are a group of people who value family and community and open their doors to all of the people who need them. In the past two and a half years I’ve been in need several times – I’ve had a really bad run on apartments I’ve rented – and complete strangers opened their doors to me and my family and now they’re part of our family forever. Nowhere else have I seen such friendliness

Plus, people always say there is nothing to see in Saskatchewan. As a born and raised Manitoban, I’m ashamed of having said that many times, and boy, are people wrong. The landscape is neither flat nor boring. You will see beautiful rolling hills and I am obsessed with spotting moose and porcupines! Great people, cool views, and restaurants that will never leave you disappointed!

Where do you work up a sweat as a retired athlete?

In my time in Saskatoon, I jumped and landed at two great gyms. Both are real hardcore and not for the faint of heart, but both are full of hearts. When I want to laugh and sweat, I go to the Rise Strength Lab. When I want to test my limits, I go to CrossFit Brio; both locally owned, both giving something back to the community. It’s a big part of them, and both of them change people’s lives. At the Rise Strength Lab, owners Brandon and Jarek make every workout super challenging with a bootcamp style that includes some really fun dance moves. Imagine if Ellen DeGeneres and The Rock were designing a course, it would be at Rise! 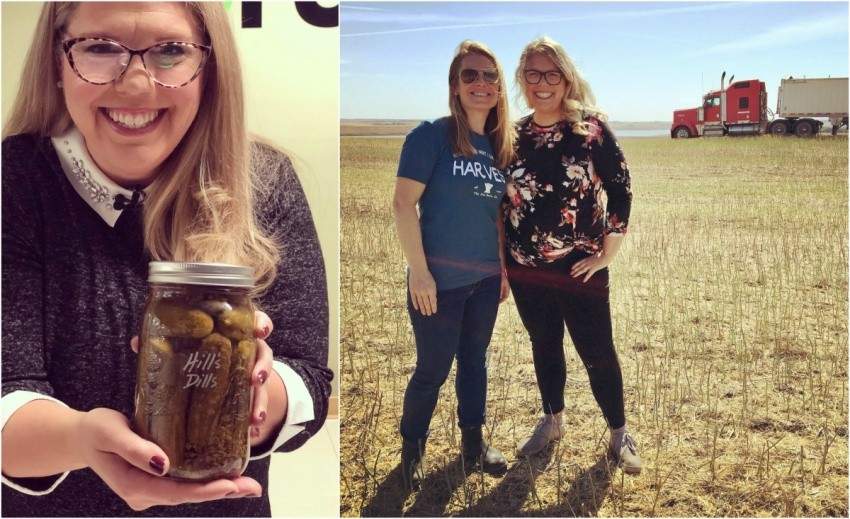 Global Saskatoon is a platform to celebrate all types of cuisine. What do you think the morning show is helping to promote local food and the dining scene in Saskatchewan in general?

We love showcasing emerging local cuisine startups on the morning show, and we absolutely love showing off Saskatchewan-harvested food. For me as a farmer kid, I love highlighting legume cooking, people who follow the hundred mile rule, and when you have a new restaurant I want to be the first to try it!

From breakfast at a morning institution to cocktails in the hotspot of Riversdale, these are Odlum’s favorite places to eat and drink in Saskatoon.