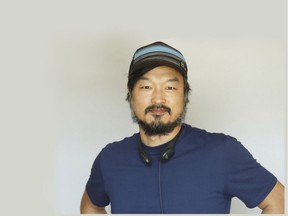 Ins Choi of Kim’s Comfort makes a Saskatoon go to

“My first memory of Canada is the smell of candy bars, the smell of a grocery store,” says Ins Choi, co-creator of the CBC comedy TV show Kim’s Convenience

09/13/2018 • 13th September 2018 • Read for 3 minutes • Join the conversation Playwright, producer, and performer Ins Choi, best known for his show Kim’s Convenience, is making a stop in Saskatoon for the Word on the Street Festival on September 16, 2018. Photo from provided photo /Saskatoon

Reviews and recommendations are impartial and products are independently selected. Postmedia can earn affiliate commission from purchases made through links on this page.

When Ins Choi first took the script for his new play to theater groups across Toronto, it was rejected everywhere he went.

After taking the reins at the Toronto Fringe Festival to win the show with almost universal acclaim, the same companies came back to try and get the piece that would eventually become the CBC comedy television show Kim’s convenience that Choi is working on today.

“The hardest part is making up stories,” said Choi. “Hundreds of ideas fall by the wayside, but that’s the hardest part … and having the patience to develop them.”

Kim’s Convenience is a series about a Korean-Canadian family who run a grocery store in Toronto and their interactions with each other and in the community.

Choi was born in South Korea and came to Canada with his family when he was only one year old. Choi said his uncle owns a Toronto supermarket called Kim’s Grocer, which was the inspiration for his piece.

When Choi’s play was picked up by CBC, he was appointed as the official co-creator, producer, and lead screenwriter for the show. Choi said it was an interesting transition since his writing experience came from songwriting, poetry, and ultimately theater. He had never written for television before.

Though he said he doesn’t have much free time, Choi said he loves camping and traveling around Canada with his wife and children, just as he did with his family when he was younger. He said that being cooped up in a city takes its toll.

“My soul longs for green,” said Choi with a laugh.

Choi joked that he would write and produce a commercial for Parks Canada if someone would let him just because he had enjoyed it all his life. A few years ago, Choi took his family on a two-month road trip across the country while having a show at the Winnipeg and Edmonton Fringe festivals.

Visiting the Manitou Springs mineral bath near Watrous during this trip is the closest to Saskatoon, he said.

However, when he was invited to Saskatoon’s Word on the Street literary festival and had the opportunity to show his one-man show Songs, Stories and Spoken Words at the refinery, Choi took the opportunity to get back to his roots and visit a town he has never been seen at the same time.

“It was really easy to set up… I just have to do it. Which is hard, ”he said. “It’s really a pleasure for me to be able to do this and meet people in Saskatoon for the first time.”

Choi said he was excited to attend the Word on the Street event, adding that he most looks forward to meeting some of the indigenous writers and poets in attendance.

The show at the refinery takes place on the Sunday evening after the Word on the Street event, and an appearance on a creative writing class at the University of Saskatchewan is also scheduled while in town.

For Choi, the long and winding road he took from rejecting his show to becoming a CBC television writer has allowed him to keep the tone he wants – and from his point of view it all worked out in the end.

“It should be like that. Looking back, I would not have wished otherwise,” he said.