“If you’ve got all the coral, then the fish will come,” said Denny, owner of a Saskatoon apartment building with offices and retail space.

For the first time in 30 years, new high-rise office towers are getting built in downtown Saskatoon. The East Tower at River Landing is to be completed this fall, while the Nutrien Tower is expected to be completed in 2022.

A report from Colliers International says about 500,000 square feet of office space will be added to the city’s downtown by 2022.

Denny said he’s not worried about the influx of office space in the market.

He expects vacancies to go up and rent to go down but he said that’s a good thing.

“There might be short-term repercussions for people already in the market but that’s sort of built into playing the real estate game,” he said. “All the people in it for the long haul are ultimately going to benefit from having new life downtown.”

New buildings will be ‘transformative’

Richard Jankowski with Colliers International said the scale and scope of changes to Saskatoon’s office space is “transformative.”

“The big thing with Saskatoon is that it’s established itself as an emerging destination for investment and growth in Western Canada,” said Jankowski. 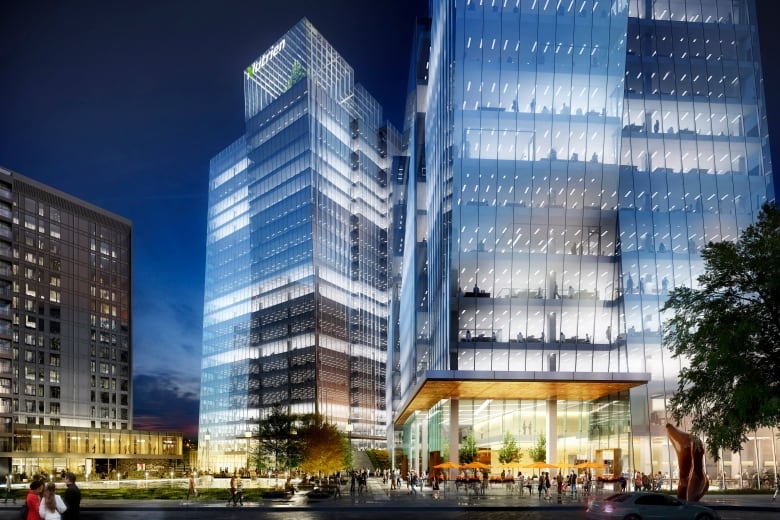 The vacancy rates for downtown offices currently sits at about 13 per cent, according to a report from Colliers, which is comparable to the national average of 12 per cent.

Jankowski said the new construction will drive up vacancy and that landlords may have to get creative with repurposing or redeveloping their buildings.

“This is going to be as much of an opportunity as it will be a challenge for landlords and I think the message we’ve gotten out to everybody is to start doing your planning now.”

With files from Saskatoon Morning

Saskatoon’s historic Farnam Block will likely be torn down