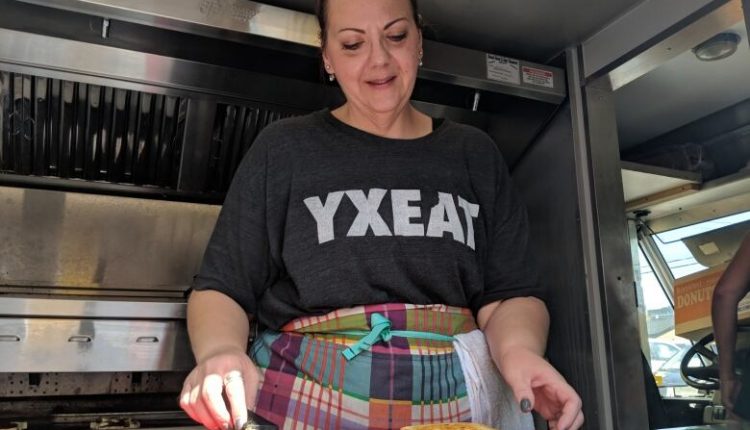 In preparation for the cook-off of the year for Saskatoon’s Kitchens on Wheels, secret sauces were tested and recipes refined on Saturday.

There is tough competition this weekend at the Food Truck Wars Street Festival on 20th Street in the Riversdale neighborhood.

But food truck owners say they also need each other to improve business conditions for everyone, especially when it comes to downtown parking.

“I kind of want to see it [the food truck business] grow so the food trucks in Saskatoon become a little more acceptable, “said Marla Mullie, who owns the Rebel Melt Grilled Cheese Truck.

“The more competition, the better, not always, but that doesn’t bother us.”

Rebel Melt owner Marla Mullie says she loves the mobility of a food truck, but it can be a challenge. (Alicia Bridges / CBC News)

Food Truck Wars began in 2015 with 12 trucks at the Sutherland Curling Club and filled several blocks of 20th Street with craft stalls, food stalls, and a program of live entertainment and activities.

The festival ends on Sunday with a competition for the best dishes selected by a jury.

On Saturday, Mullie perfected her recipe for the Flavor Challenge.

Mullie founded Rebel Melt after working in the office for several years and decided to take her career in a different direction.

But the food truck business itself was challenging. 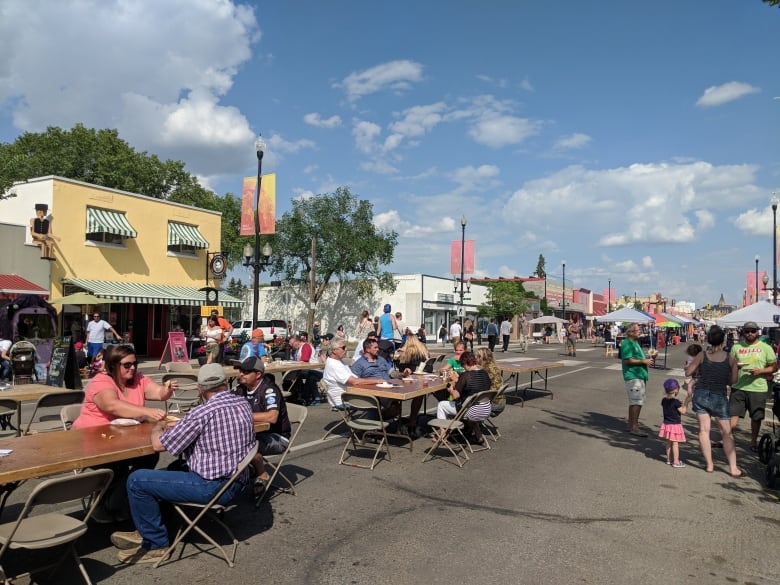 “We have different challenges compared to the first year, but it’s just as challenging as it was back then,” said Mullie.

“Saskatoon is a great city and we love running the truck here. There just aren’t enough people to run it all day.”

Mullie has switched from a six-day, week-long program to running only on weekends and festivals.

Places that are hard to find, say some vendors

She said this was due to difficulties in working with the city to find suitable places with enough people around.

“We thought about a brick and mortar yard ourselves, I’m just not sure we’re ready to go in that far,” said Mullie.

“It takes a lot of personal financial support.”

Mullie says she loves having the mobility she has with a kitchen on wheels.

Sharon Grady of Poor Gary’s Grub Truck, which opened less than a year ago, said she and her partner Gary decided not to park downtown because it was too expensive.

“I would like to work more downtown, but it’s expensive and I wish the city would – not that they didn’t, they were great – but they would take it more like Toronto or even Calgary, Edmonton. “ 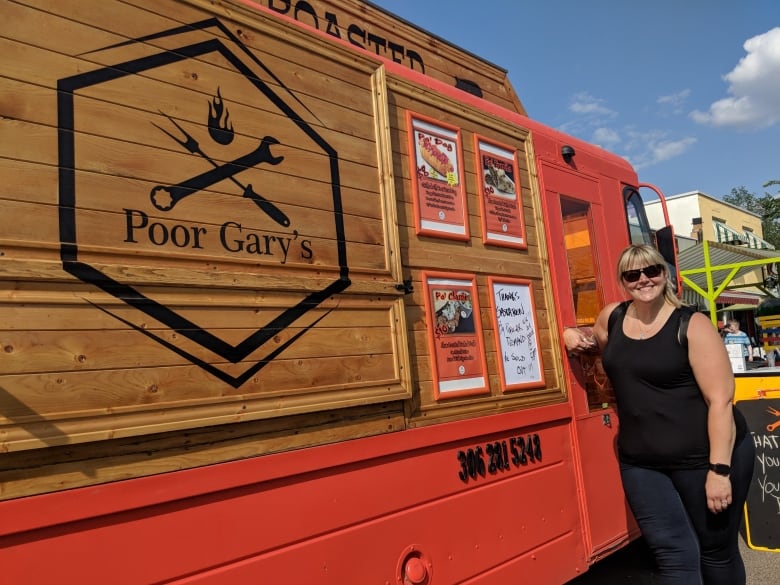 Sharon Grady with the food truck that she runs with her husband Gary. She says her signature pulled pork was so popular that they had to top up on day two. (Alicia Bridges / CBC News)

Despite a few challenges, Grady feels good in the food truck business after the first few months.

On Saturday she was on her way to collect more supplies after the truck ran out of the main ingredient: pulled pork.

“I don’t think we expected the popularity,” said Grady, who lives in Dundurn, Sask.

“We knew we’d be busy, but it’s overwhelming, but it’s so amazing and so great, we’re so happy with our first year.”

First-time participant Kyra Robillard was delighted with the crowd and line-ups for her meal.

She learned how to cook Bannock from her mother and her Kokum – or grandmother.

Now she uses the batter to make cheeseburgers, tacos, and hot dogs, which she thinks were a hit in Saskatoon.

“This is the first time I’ve been to a big event and it was non-stop, we had queues all day and I would definitely come back next year,” said Robillard.