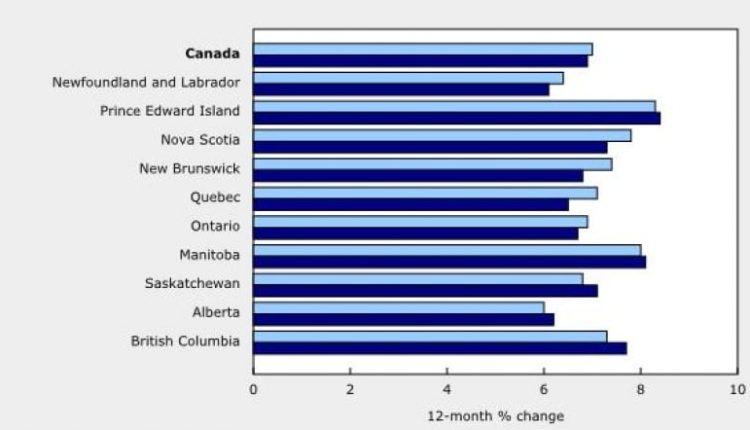 A Saskatoon non-profit is calling the community for help.

CHEP Good Food has been providing services and programs to fight food insecurity in the city for more than 30 years, but says it is now facing a crisis.

“We’ve seen this coming for 18 months. It’s not a surprise to us,” said Gord Androsoff, executive director at CHEP.

“Inflation for us is important because we purchase all the food that we are using in programming and deliver to schools.”

CHEP offers services for schools and the community at large.

As part of its centralized kitchen program, for example, it provides bagged lunches to students in Saskatoon who would otherwise not have one.

“The demand for that has gone up exponentially,” said Androsoff.

“The schools are all in desperate situations. They’re running out of resources.”

The organization is also involved with the Saskatoon Public School’s nutrition programs, and it runs community markets in the Caswell Hill and Pleasant Hill neighborhoods offering affordable fruits and vegetables, said Androsoff.

A big chunk of the funding for the non-profit’s school programs comes from the province, he said, but it also depends on donations and fundraising.

Since the non-profit buys and delivers food for its programs, it has been “deeply affected” by the rising food and gas costs in Saskatchewan, it said in a news release.

It has already decided to suspend and restructure its Good Food Box program, which offers fresh produce hampers that are delivered to neighborhood depots across the city.

Some staff members have agreed to also reduce their hours, said Androsoff.

“We have a lot of upfront costs, and we’re not recovering some of that money for two months beyond or even three months beyond,” said Androsoff in an interview.

“Worst-case scenario, we would have to close the doors temporarily.”

Androsoff is now hoping for assistance from the community — in the form of hours, donations and community market support — so that CHEP can continue offering services to people in Saskatoon, like volunteer cooking workshops or providing fresh food to kids.

“Schools are being asked to feed kids twice a day, how did that become normalized?” he said.

“It’s community based agencies that, you know, are taking a lot of this on because we can do it cheaper.”

Year over year, prices rose at a slower pace in September compared with August in five provinces, but not in Saskatchewan, according to Statistics Canada. In Saskatchewan the consumer price index climbed by 7.1 per cent last month compared with an increase of 6.8 per cent in August. (StatisticsCanada)

Canada’s official inflation rate slowed for the third month in a row in September, but food prices remained a challenge across the country.

While prices at the gas stations declined in September compared with August, people in Canada continued to feel the pinch in the supermarkets.

Food purchased at stores increased at a pace of 11.4 per cent, Statistics Canada said on Wednesday. That’s the fastest pace of increase in grocery bills since August 1981.

Some of the price increases in the Canadian grocery aisles in the past year include:

Saskatchewan’s consumer price index climbed by 7.7 per cent between September 2021 and September 2022, according to Statistics Canada.

The Saskatoon Food Bank & Learning Center is also feeling the effects of high food costs in the city, with more people lining up to pick up free groceries.

“Inflation, the cost of gas, the cost of living, inadequate wages are really taking a toll on people,” said Deborah Hamp, director of operations & engagement at the Saskatoon Food Bank & Learning Centre.

“We’re seeing people in all kinds of different situations, from all walks of life, who are struggling. Definitely [we] see a number of folks who are working and are not able to make ends meet.”

Hamp is worried that the community is facing a hard winter. 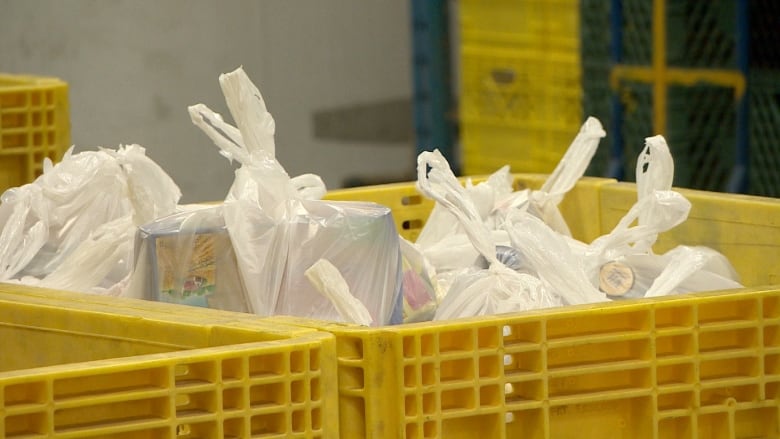 The Saskatoon Food Bank and Learning Center says it saw around 7,000 more people this August than last. (Matthew Garand/CBC)