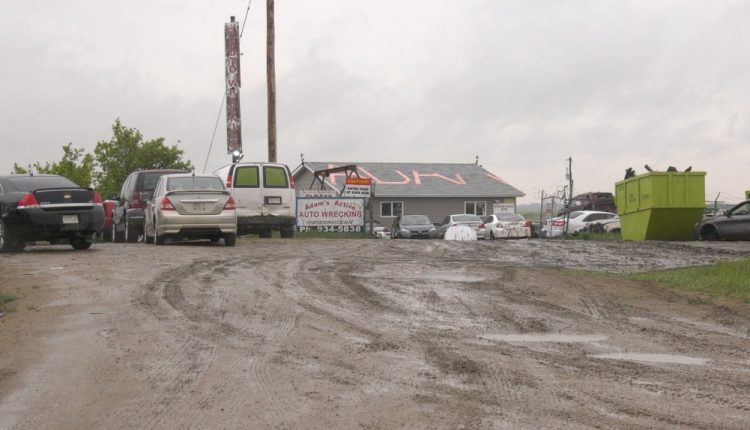 Following a catalytic converter theft investigation resulting in multiple arrests, Saskatoon police hope for a decline in the crime.

“Working odd hours, following people we thought to be involved and then gathered evidence so we could have enough to have a successful prosecution,” Staff Sgt. Matthew Ward told CTV News.

“Hopefully this investigation shows we’re ‘on’ to this type of crime. We’re watching for it and we’re successfully able to make arrests and prosecute it.”

The precious metals inside a catalytic converter are what make it a hot-ticket item for thieves.

Ward said the stolen part can be sold online or at scrap metal dealerships. One of the locations searched in the investigation was a business in the 2000 block of 60th Street West.

A Saskatoon business was searched by police as part of an investigation into catalytic converter thefts. (Laura Woodward/CTV News)

Attempts by CTV News to contact the business at the address, Adam’s Active Auto Wrecking, have been unsuccessful.

“When they’re stealing them, they have to have a place to sell them, so if you can get to the top of the food chain and eliminate that, then you can hopefully put a dent in this type of crime,” Ward said .

SGI has seen a drastic spike in claims for catalytic converter thefts.

So far this year, there have been 410 catalytic converter thefts registered through SGI. In 2021, there were 610.

Marquis Downs, however not out as horse racing returns to Saskatoon