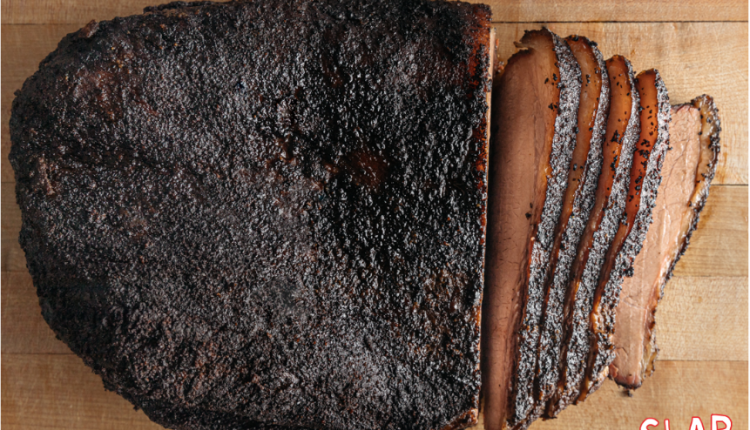 A French relic’s well-timed go to to Saskatoon

In the few moments she spent with the intact heart of St. John Vianney during her visit to the Church of St. Elizabeth of Hungary in Van Nuys on February 22nd, Milagros “Lally” Guiao asked the legendary saint one thing only.

“Give us holy priests.”

There were many other things that Guiao could have asked the French saint’s intercession to do during the relic’s only hold in the San Fernando Valley during his February 20-26 tour of several parishes in the Archdiocese of Saskatoon.

But while the reawakening crisis of clergy abuse continues to haunt the church, Guiao and her husband Rey, a deacon with Our Lady of Peace Church in North Hills believe that visiting the relic could not have come at a better time.

“It is not easy to become a priest in our church at this time; There are many challenges and difficulties, ”said Deacon Guiao, who found Vianney himself suffered and persecuted throughout his life.

“We want our priests to remain faithful to their vocations, to continue to encourage and strengthen the parish and the flock that has been given to them,” added the deacon.

The visit to Saskatoon was part of a six-month “Heart of a Priest” tour of the United States sponsored by the Knights of Columbus, whose members watch over the relic in shifts around the clock during the public exhibition.

The relic has arrived at St. Elizabeth, as it has done in dozens of parishes, seminars, and even conferences across the country over the past few months: encased in a shiny reliquary with a pair of knee benches that allow the faithful to take turns taking it off Centimeters to worship way.

The incorruptible heart is perhaps the most visible – and permanent – piece of evidence pointing to Vianney’s holiness and holiness.

In 1909, 50 years after Vianney’s death, his body was exhumed and, for inexplicable reasons, did not decompose. Soon after, his heart was placed in a separate container and worshiped with his body in Ars, France, the city where Vianney served as pastor for 40 years until his death in 1859.

It seemed that the troubled times in the Catholic Church, wherever the relic went, were on everyone’s mind – and in their prayers.

Students from the St. Elizabeth of Hungary School in Van Nuys (bottom left) venerated the relic after the mass. (PABLO KAY)

The day before visiting the relic at St. Elizabeth, she spent the day at St. John Chrysostom Church in Inglewood, where the worship began with an 8 o’clock mass attended by students from the parish school.

In his homily, the deputy pastor, Father Anthony Garcias, explained to the children the importance of the contents of the golden reliquary and linked the first reading of the day (on the covenant God made with Noah after the Flood) to the need for renewal in the Church.

“God wants renewal, not by erasing things, but by renewing us, by changing us from within,” Garcias later said in an interview with Angelus News.

Garcias called the visit to the relic in his parish “a great privilege” and said that as a young priest he was particularly inspired by Vianney’s example of the patience of hearing confessions for hours, which he believed were also needed for renewal in the church of confusion and scandals.

“Reform in the Church will necessarily be a slow process and it will take a lot of patience not to try to rush things according to our wishes and schedule, but rather according to God’s time and wishes,” Garcias said.

A longtime admirer of Vianney, Barbara Sterbentz said she couldn’t afford to miss visiting the relic at St. John Chrysostom, the stop closest to her Orange County home. So she and two friends got up early to brave Huntington Beach’s rush hour traffic together.

“I love how he loved his church, and he sacrificed so much and converted so many souls,” said Sterbentz after mass.

The relic also visited the Cathedral of Our Lady of the Angels, where Archbishop José H. Gomez celebrated Sunday Mass in her presence on February 24th.

“In the presence of the heart of this holy priest, St. John Vianney, let us pray that God will keep renewing His Church and giving us more holy priests and more holy bishops,” said Archbishop Gomez in his homily.

The next day, the relic received its biggest LA tour reception at its parish of the same name, St. John Vianney Church in Hacienda Heights. Thousands attended a vigil and candlelight procession, followed by a Taizé prayer and time for silent adoration.

The person who may have spent the most time with the relic in the past few months is Evan Holguin, a Santa Clarita native who works for the Knights of Columbus at their Connecticut headquarters.

As the keeper of the relic during some of the final stages of the tour, Holguin has traveled between the country’s states – Maryland, Michigan, Ohio, to name a few – sometimes taking the relic as carry-on baggage on airplanes, sometimes as his passenger on trips in between the places of worship.

“Not everyone can say they did it,” noted Holguin, who is also an Angelus writer.

For Holguin, his job means sometimes sitting in pews for up to 14 hours a day while believers participate in liturgies or silent devotion.

“It is difficult to learn how to spend this time well and with prayer,” admitted Holguin, who made sure that the visit to LA on February 20 included a stop at his home church of St. Kateri Tekakwitha in Santa Clarita. “But I am sure St. John Vianney prays that I will be better at the end of this pilgrimage.”

Pablo Kay is the editor of Angelus.

SPECIAL OFFER! 44 issues of Angelus for only $ 9.95! Get the best of Catholic journalism with world-class analysis of the events and trends that shape the Church and the world, as well as practical advice from the world’s top spiritual writers on prayer and Catholic life, along with great coverage of Catholic life in Saskatoon. Subscribe now!

‘That was a troublesome present’: Avenue performer escapes tough scenario…